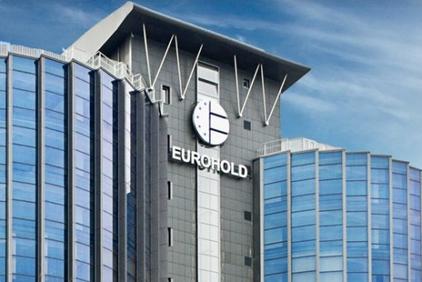 Eurohold Bulgaria starts a capital raise aiming to raise BGN 85m, the Company announced in a statement. If successful, the Company would increase its capital 1.66x from BGN 127.345m to BGN 212.2m.

The capital raise to be via rights issue- issuing 127 345 000 rights, 1.5 of which allowing the subscription of 1 new share. All new shares are with a nominal and issue price of BGN 1 per share or 56% above current market quotes of BGN 0.64 per share.

Eurohold in a second round for capital search

This is the second way for Eurohold Bulgaria to secure fresh capital. Earlier last week the Company placed an 8% 5 year EUR 40m Euro Medium Term Notes tranche out of a EUR 200m EMTN Programme approved by the Irish Central Bank. The notes are unconditionally and irrevocably guaranteed by Euroins Insurance Group, the insurance arm of Eurohold to use the proceeds.

Eurohold Bulgaria is a holding company specialized in financial ser-vices, including insurance and leasing, along with the car dealership. The Group operates mainly in Bulgaria and Romania but also expanded in Macedonia and Ukraine after acquiring smaller companies in the region. The sectors in which Eurohold has significant presence are fast growing and will benefit the most from the growth of personal income and the economy as a whole. The unique combination of motor insurance, leasing and car dealer- ship is the synergy that is the biggest value-added factor for the Holding. The subsidiaries in car dealership are the representatives of some of the most popular vehicle brands in the country, including BMW, Opel, Fiat, Nissan, Renault and the top performing by sales in Bulgaria – Dacia. Eurolease Rent a Car is a licensee of the US Avis Budget Group well- known car rental brands Avis and Budget.