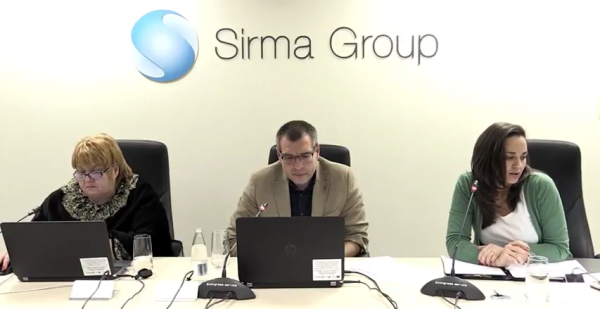 Revenues kept growing according to plan

Mobilising resources for US expansion

The management guidance is in line pre IPO forecasts as the company plans to speed up investments in improving sales and marketing capacity. Sirma plans to mobilize resources to expand in the US and Western European markets.

In 2016, it plans to set up an office in the US, mirror image of its structure in Bulgaria. Yavor Djonev, key founder and member of the board, will relocate to the US to run the office there for the next two years and develop the company’s expansion plans in the country. Sirma will also expand its team both in the US, mostly project managers, and in Bulgaria, mostly developers to speed up the expansion. Overall, Sirma CEO said he expects group personnel to go up from 15% to 20% in 2016, with major (50% to 60%) increase in the sales and marketing team of the Group.

At the investor questions related to dividend policy, Tsvetan Alexiev dividend from Sirma Group Holding could be expected in 2017.

Alexiev also gave guidance on the development of the key subsidiaries in the Group over in 2016. He expects the biggest subsidiary and key service provider in the Group, Sirma Solutions to achieve 29% y/y rise in sales to BGN 20m by expanding in the US and Western Europe as well as develop its loyalty platform Loyax, including via additional funding from an outside investor.
For Ontotext, the key product subsidiary in the group, Alexiev expects 25% rise in sales in 2016 as well as 50% product revenues and 33% recurring revenues.