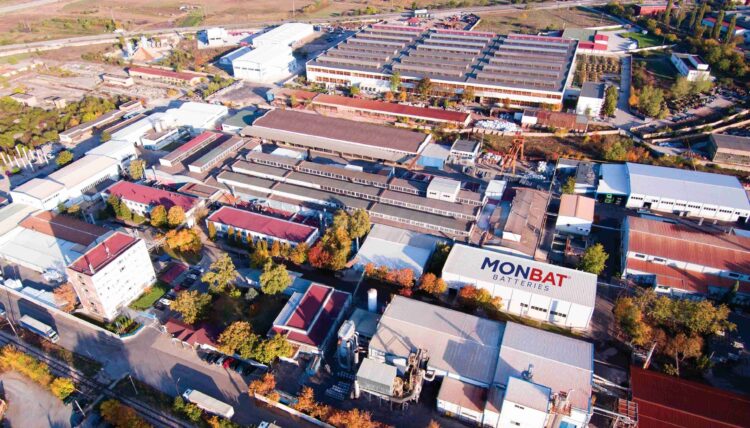 “Monbat Group, via parent company Monbat AD and its subsidiary Monbat Recycling EAD concluded a sales and purchase agreement (SPA) for the sale of 100% of the capital of the German based company Monbat Holding GmbH” according to Monbat’s statement.
Monbat Holding GmbH is an intermediary holding structure of Monbat Group which owns 100% of EAS Batteries GmbH (EAS) and 100% of Monbat New Power GmbH (MNP). The three companies form Monbat’s lithium-ion division.
The sales and purchase agreement for 100% of the share capital of the Monbat Holding GmbH is subject to completion activities, including any regulatory approvals.
The acquirer is the British company Britishvolt – pioneer in the battery industry, focusing its activity on the next generation batteries’ technological development and the related research and solutions. Britishvolt works for the future development of electrical transportation and sustainable energy storage, manufacturing the best-in-class, low-carbon, sustainable and responsibly engineered technologies for lithium-ion batteries.
Britishvolt is working with British sports car manufacturers Aston Martin and Lotus to develop high-performance batteries for electric vehicles. The young company provided earlier support to the British government for the battery project in the North of England, unlocking 1.7 billion. pounds ($ 2.12 billion) private funding.
“The acquisition of EAS will allow us to scale up the final part of the 46xx cell development and commercialization,” CEO Orral Nadjari said in a statement, adding Britishvolt aimed to make additional investments in EAS.
The value of the purchase consideration for the share capital of Monbat Holding GmBH is EUR 36m and involves a cash component and the issuance of ordinary shares in the capital of Britishvolt.
“Monbat will continue to be part of the expected growth of the lithium-ion industry through the minority stake that the Group will hold in Britishvolt Victor Spiriev, CEO of Monbat AD stated.
Please note that Monbat AD owns 90% of Monbat Holding GmbH shares while the remaining 10% are held by Monbat Recycling EAD. The book value of the 90% stake is EUR 13.1m, implying EUR 14.5m for the whole company (vs EUR 36m deal value)

Dronamics (DRON) has received their first drone airline license – the EU’s Light UAS Operator Certificate (LUC) as of 25th May according to Company’s statement. The LUC is recognized in all EU member states and provides drone operators with significant business opportunities across the single market.
The announcement has been made during EBACE (European Business Aviation Conference Exhibition). Meanwhile Dronamics is still preparing for the first commercial flight of their flagship Black Swan aircraft, expected later this year. Carrying 350 kg at a distance of up to 2,500 km, the Black Swan aims to transform supply chains by making fulfillment more efficient, resulting in cost, time, and carbon emission savings.
According to the statement, Dronamics are the first cargo drone company to secure the license granted by the Transport Malta Civil Aviation Directorate (TM – CAD), the country’s Civil Aviation Authority. The license allows self-authorise flight operations of the Black Swan aircraft across EU countries, including Beyond Visual Line Of Sight (BVLOS) operations.
The Company is currently preparing to scale up operations and to run their first commercial flights out of Malta and Italy later this year. With Malta as their European operations base, Dronamics considers itself well positioned to operate its first routes over the Mediterranean, linking key hubs across the region.