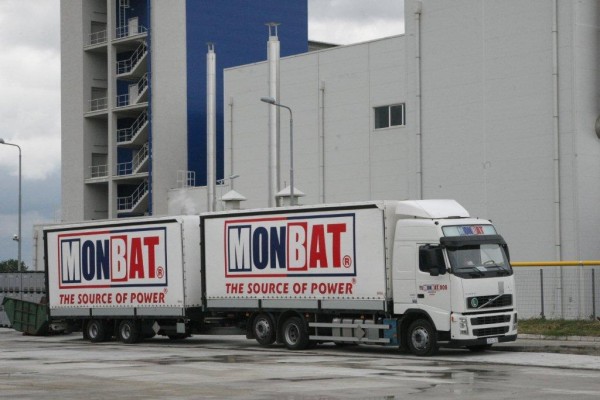 Lead acid batteries producer Monbat shareholders will vote BGN 0.19 DPS at a general shareholders meeting scheduled for 25th June, 2018, the Company announced in a regulatory filing to the Bulgarian Stock Exchange. Monbat proposed the distribution of BGN 7.5m in the form of dividend, consisting of the total net profit for FY2017, the latter being BGN 6.4m, and BGN 1.1m from previous years’ retained earnings.

The announced BGN 0.19 dividend per share yields 2.13% on current quotes. The dividend is 5.6% higher than ELANA Trading analysts’s estimate.

Last year shareholders received BGN 0.28 dividend per share, which rated at 2.4% yield at the market quotes of the period.

The increased net profit resulted from more than twice upward revision of gains from purchase of subsidiaries to BGN 11.4m. The latter concerns the Group’s 2017 acquisitions of Italian Piombifera and German EAS and GAIA. Following the audit, the gain from the German acquisitions was decreased by 38.5% to BGN 2.4m, while the gain realized from the acquisition of the Italian company was increased nine fold on higher fair value as determined by the auditor.

However, the auditor – Deloitte Bulgaria, issued a qualified opinion on the Group’s financial statements due to its investment in LED light manufacturer Octa Light Bulgaria, concerning the collectability of related receivables of BGN 29.3m. The auditor expressed concerns related to the main assumptions for Octa Light’s valuation.

Vision for the future

Back in September 2017, Monbat announced its plans by 2021 at an open Investor Day. The Company plans to triple EBITDA by 2021 to EUR 68.9m from FY2016 level, the management said at an investors’ day on September 27th 2017 in Sofia. Monbat is looking into scaling up the business by 2021 via organic growth, expansion with acquisitions in its organic business, recycling diversification and entering the Li-Ion technology solution. More