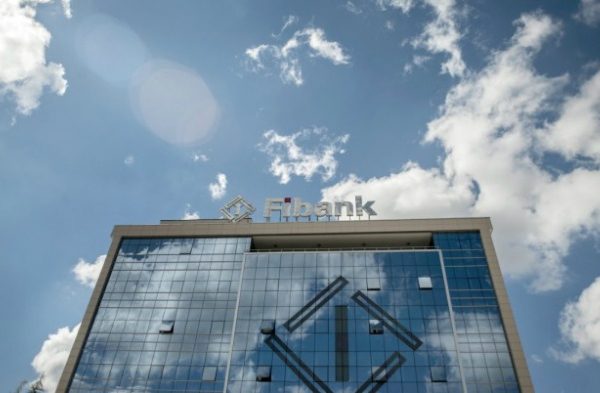 Fitch upgrades Fibank or First Investment Bank (5F4 BU) to B from B- with a stable outlook.

It also affirms Unicredit Bulbank and Raiffeisen Bulgaria’s BBB- with a stable outlook and United Bulgarian Bank’s BBB- with a positive outlook, according to an announcement by the rating agency.

Fitch also upgrade Fibank’s Viability Rating (VR) to ‘b’ from ‘b-. The upgrade of the bank’s VR predominantly reflects the stabilisation of the bank’s asset quality metrics and improvements in the risk management framework, including consistent application of loan classification criteria in line with industry standards. It also reflects the reduction of unreserved impaired exposures, improved capitalisation – albeit this is still weak compared with peers – and improved loss absorption capacity through recurring profit generation. The VR is also supported by the bank’s stable funding based on granular retail deposits and healthy liquidity.

FIBank’s VR continues to reflect significant asset quality problems associated with legacy loans, with the impaired loans ratio materially above the sector average, unreserved impaired loans equal to 71% of FCC, and a large stock of non-income generating repossessed assets equal to around 123% of FCC at end- 2016. The VR also factors in significant and only gradually declining single-name concentrations in the loan book and still only moderate, albeit improved, capital buffers given FIBank’s risk exposures. FIBank’s risk management framework has improved and risk appetite has been reduced. The record of the bank’s operation under the new risk management structure is, however, still short and legacy problems will continue to weigh on the risk profile of the bank over the medium term. Corporate governance deficiencies have largely been addressed, but some weaknesses are still present… The bank’s impaired loans ratio remained broadly unchanged at 24.4% at end-2016 (end-2015: 23.9%).

Fitch expects the reported asset quality ratio to improve over 2017, driven by a contained inflow of new impaired loans, modest growth of new lending and moderate clean-up of the impaired loan stock through work-outs and write-offs. Coverage of impaired loans by provisions improved over 2016, but remained modest at 58% at end-2016. The loan book, although reasonably well-diversified across economic sectors, has large single-name concentrations. These are being gradually reduced, but no material reduction is expected over the medium term given the long-term nature of many of the largest exposures.

The bank returned to operating profitability based on recurring revenues in 2016 supported by a strong net interest margin (around 5%) and reasonable cost efficiency (49% cost/income ratio) as well as more moderate impairment charges (around 260bps of average gross loans; 2015: 520bps). The record of improved profitability is short; however, operating profitability is likely to be supported by contained impairment charges driven by an improved economic environment, according to Fitch announcement.