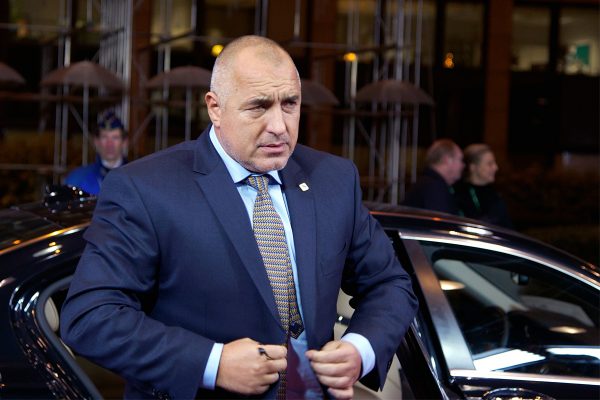 Center right GERB party won early Bulgarian parliament elections with five parties to be in the Parliament, according to preliminary elections results from voting on 26 March 2017.

Ex PM Boyko Borisov’s party GERB won 32.64% of the vote, with 98.5% of the protocols counted by the Central Election Commission. GERB’s results are slightly better than the 2014 early parliamentary elections.

The Bulgarian Socialists’ Party (BSP) was second, almost doubling its 2014 result, with 27.12% of the current vote. The nationalists United Patriots got 9.06% followed by the Movement for Rights and Freedom (MVF) with 9.04%.

The fifth party above the 4% threshold for the Parliament is the populist Volya (Will) of the local pharma and gas station chain owner Veselin Mareshki. Volya got 4.15% of the vote.

Most of the right voters will not be represented in Parliament as the right oriented parties all were below the 4% threshold.

Accordingly, Bulgaria will probably get Boyko Borisov as a Prime Minister for a third time in the last decade running a coalition government as GERB will not be able to rule alone.

Most likely coalition will include the nationalist and the populist Volya. It is yet unclear how stable the coalition will be. On the one hand, some analysts expect it to hold at least until the end of Bulgaria’s EU presidency starting Jan 1st 2018. Others project Borisov finally getting a full four year rule.

Borisov declined comments on the future coalition until the elections results are final. In a short press brief, he was quite reserved as to the results and what follows them.

In November 2016, Borisov’s 2nd government since 2008 resigned after GERB’s Presidential candidate lost for the Socialists’ pro-Russian candidate Rumen Radev. This led to the snap elections on Sunday, March 26th, 2017. Back in 2013 GERB government resigned again in the midst of social protests.