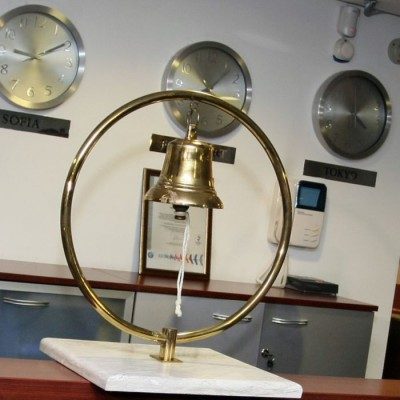 Bulgarian Stock Exchange Deputy Chairman Vasil Golemanski said two new IPOs are expected on the market this year with one in the BGN 150m range. The statement was made at the annual BSE award ceremony in a speech about the positive trends on the market. The first company to debut on BSE, he said, is from a sector that already is well represented on the market in Sofia but not from the IT industry.

Bulgarian Stock Exchange Executive Director Ivan Takev also told Bloomberg TV Bulgaria that there are indications for attractive IPOs in 2017 while the management continues regular assessment of Bulgarian companies that have the potential to raise financing from the stock market so that it can approach them with information.

Bulgarian Stock Exchange will start government bonds trading by the end of 1H17, announced Deputy Chairman Vasil Golemanski. Additionally, the exchange is working on starting a segment to trade foreign stocks to be settled by Clearstream as well as organizing a special trading segment for small and medium enterprises.

If all measures take effect in 2017, as planned, the effect is expected to be market turnover doubling, noted Golemanski, quoted by local media.

Awarding the contributors to BSE progress

BSE management awarded the most active brokers, media and personalities who contributed to the local stock market development in 2016. ELANA Trading grabbed two annual awards at the ceremony. The broker was recognized for the numbers of deals made on the stock exchange in 2016 as well as for contributing to the developing of the local stock market by its activity as the market maker of the first SOFIX ETF.