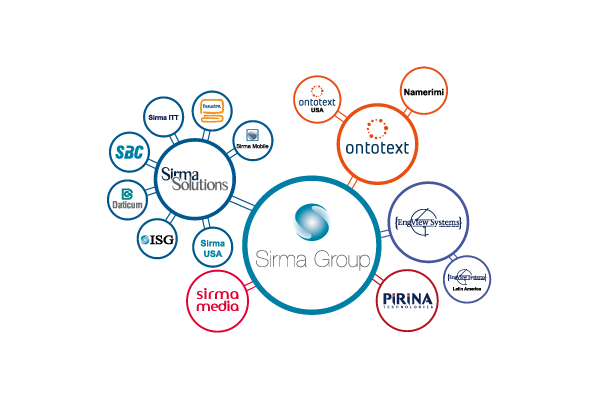 Alexiev said the company’s new US office in New York is already up and running with Sirma’s founder Yavor Djonev relocated to manage the operations there.
New sales leads already seen in improved results for Sirma’s biggest service subsidiary Sirma Solutions while leads for Ontotext, Sirma’s key product subsidiary, up to now exceed all 2015 leads. However, the latter has a slower sales cycle but the Group is working on improving the conversion cycle.

Sirma Solutions booked 93% y/y rise in sales in Q1’16 on stronger system integration and US software development contracts, Alexiev explained. Ontotext’s top line, however, decreased 23% y/y in Q1’16 to BGN 1.5m on slower sales cycle and US marketing team reshuffle.
Alexiev said he expects the latter to speed up top line stabilization in the second half of the year.

Finally, Alexiev pointed out US expansion efforts are already paying off on the top line with US sales share increasing to 25% in Q1’16 from 11% in Q1’15 from consolidated group sales. UK’s share also doubled from 5% to 11% with the Brexit not an issue for the company at this point as all UK contracts are in EUR currency.