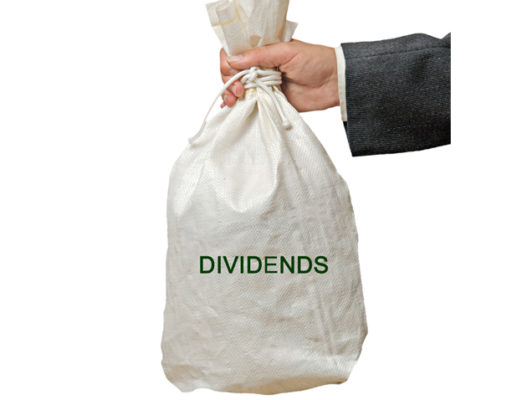 Key and most liquid stocks in Bulgaria to deliver 4.12% average dividend yield in 2016 with ex-div days concentrated around mid to end of June, according to data from the Bulgarian stock exchange on the base of preliminary announcement and current market quotes.

The highest dividend payer of the year

Chimimport (6C4P BU) is the highest dividend payer for the year at the moment as a couple of high payers are yet to reveal plans. The company is to distribute fixed BGN 0.1998 per share on its preferred stock, yielding 15.25% at current market quotes. The latter is to be converted to ordinary shares in mid-June 2016.

June and July will be the highlight for shareholders

May will end with only BG Agro (AO0 BU) reaching ex-dividend day, but June and July will be rich on companies going exdividend.
On 30.5.2016 BG Agro will reach its ex-dividend date, the company has a good record paying dividends with an average 5 year yield of 4.02%. BG Agro plans to distribute BGN 0.035 per share from its 2015 earnings.

The last company from the blue chip companies to go exdividend will be Monbat (5MB BU) on July 11th, 2016. Monbat’s management proposes a record high pay of BGN 0.28 per share from 2015 profits which is almost twice as high as last year’s dividend of BGN 0.15 per share. This yields 3.74%, which is slightly below blue chip average but considerably above the stock’s 5-year average. Monbat’s management also proposes to repurchase up to 1 170 000 own shares, or 3% of its capital, at a minimum price of BGN 6.0 and a maximum price of BGN 8.0 per share.

Neochim will grant dividend for the first time in years

Fertilizer producer Neochim management offers annual divided from 2015 profit for the first tieme in years. The dividend offer is BGN 0.80 per share which represents 1.5% yield based on current stock quotes. Annual Shareholders Meetings is scheduled for 14 June 2016.