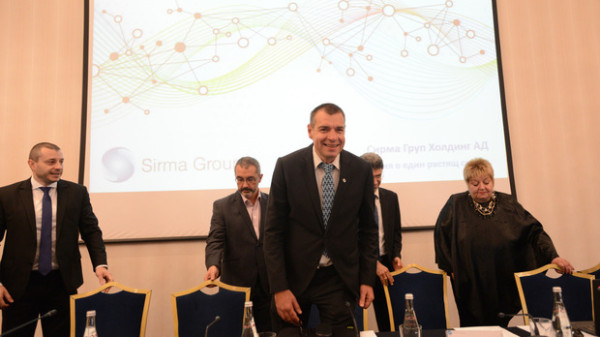 Sirma Group Holding (SKK BU) reports 17.27% y/y rise both in group sales and net income, according to preliminary data the company revealed in a statement to the stock exchange.

Tsvetan Alexiev, Sirma Group Holding CEO, explained the drivers of growth in the statement: “We only started implementation of our strategy for growth, and first results are at place. The year started very promisingly with a couple of new projects in the US, as well as big integration projects for Sirma Solutions. Ontotext, also managed to close an excellent deal with the BBC, which has purchased a large amount of software licenses. For us, this is a very positive sign that semantic technology really works, and most importantly, is very useful for the publishing industry. This vertical is among the top priorities, included in the Ontotext marketing strategy.”

Sirma Group Holding has publicly announced an invitation to its first regular shareholders’ meeting as a public company. The meeting will be held on June 14, 2016, 1 p.m., in Sofia.

Shares buyback programme will be suggested

Sirma Group Holding also announced a shares buyback program to be approved at the regular shareholders meeting, scheduled for June 14th, 2016. The buyback shall support Sirma’s long term management compensation program that is to be approved at the AGM.
The new management compensation program will put a cap on management’s cash salary at the current level of BGN 384K per annum. However, Sirma’s members of the board will also be entitled to cash and share bonuses linked to company’s performance. Managers will be entitled to an annual cash bonuses of up to 6% of group net income but not more than 40% of unconsolidated income if over the course of the year the top line grew by 15% y/y and bottom line is flat or higher. Share bonuses, up to 0.5% of the share capital, will be received if also the market cap of the company is up at least 5% over the course of the year.
To fund the share bonus program, Sirma proposes a 300 000 shares (0.5% of outstanding capital) buyback program to be executed by the end of 2016. Shares to be acquired in the price range of BGN 0.5-1.5 per share.