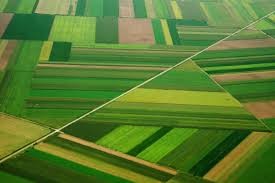 Bulgarian arable land prices will continue to grow, 5-10% y/y rise in 2016, while rents will stabilize or be up by no more than 5%, according to Stayko Staykov, Chairman of the Bulgarian Association of Agricultural Land Owners. Staykov is also the CEO of Staven Jsc, part of the Rompharm Group which is the biggest private owner of land in Bulgaria with a portfolio of 110 000 ha of farm land.

Staykov projects a 10-15% land price increase y/y for 2016 due to continued activity on the buy-side from the big players on the market as well as the growing interest in intensive farming.

The largest player on the farm land market

Rompharm, itself, plans to add at least 4 000K ha of land to its portfolio in 2016 and work on expanding its own-run farms in Southern Bulgaria by 20% to 10 000 ha. The Group rents the rest of the land as EU funding is a considerable boost for the sector. Staykov expects to see this boost at least until 2020 with substantial funding also going into overlooked areas as fruits and intensive farming.

Growth in agriculture will impact 2 players on the stock market

The latter shall have a positive effect on both Advance Terrafund (6A6 BU) and ELANA Agrocredit (0EA BU) – the key players on the market.

Advance Terrafund REIT invests in undervalued arable land, rents, consolidates and sells it as it appreciates. Currently, the fund operates a portfolio of 23 000 ha, with a book value of 3x below market prices.

ELANA AgroCredit is a leasing company extending money to farmers that would like to buy rather than rent land. Since inception in mid-2013 till end of October 2015, the company has financed the purchase of 3 400 ha of land worth BGN 24.5m and has started extending working capital financing to its lessees, keeping the land as collateral. The very low risk of this investment is based on the model that in case the lessees miss a payment, ELANA Agrocredit sells the collateral. The company operates as a REIT by distributing 90% of annual profits.

Find out more about ELANA AgroCredit