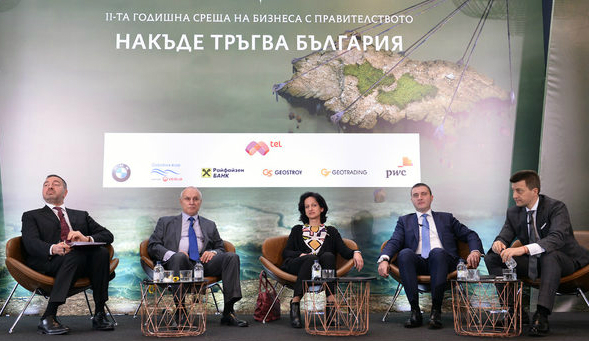 Key Eurozone members are warming up for Bulgaria in the Eurozone, Finance Minister Vladislav Goranov said at the 11th Annual Meeting Business & Government in Sofia, quoted by local media. If in 2014 and 2015 the initial reaction to our plans suggested a bit of mockery, in 2016, call it a post Brexit mood or something else, but now the big Eurozone members are looking into the path we are setting to fulfil all formal and informal criteria, Goranov explained. His evaluation of the progress is at 20% to completion.

Bulgarian National Bank Governor Dimitar Radev added that the banking system and infrastructure will be completely ready for the Eurozone within a year and half. Key emphasis to be continued stable national currency under the currency board. The Bulgarian lev is pegged to the Euro ever since 1997 with a fixed peg (initially to the DEM, followed by the EUR). Radev clarified the foreign currency deposits amount at BGN 47 bln., which ensures 160% coverage of the currency board.

IMF and World Bank assessment to be ready in May

BNB governor said IMF and World Bank mission on assessing the Bulgarian financial sector starts 18 January 2017. This is update of the Financial Sector Assessment Program (FSAP), which according to Radev will have first reports published in May 2017 when they will be presented to the boards of both institutions. Finance Minister noted that so far conclusions of the mission teams have been positive and he expects only a recommendation to the government and not any for the banking system. We would receive recommendation on adding more mechanisms to address crisis as the ones we are already implementing as the budget buffer, explained Goranov.

Economic growth fundamentals stronger than in 2006

Peter Andronov, Chairman of Association of Banks in Bulgaria, said he was optimistic about Bulgaria and its further economic growth due to its “extreme advantages” such as budget surplus, low debt, low taxes. I prefer the current 3.5% growth rate to the 6% in 2006 because now the fundament is stronger, noted the banker.