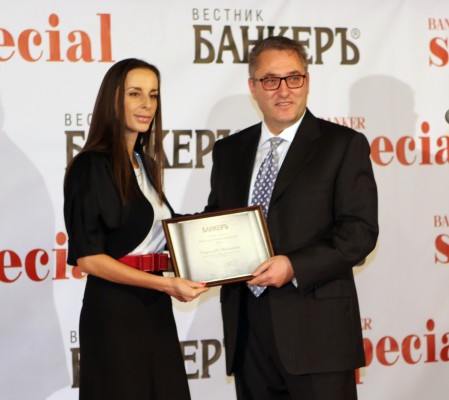 Radoslava Maslarska, CEO of ELANA Trading, accepted the Best Bulgarian Broker 2015 from Asen Yagodin, Chairman of the Board of the Bulgarian Stock Exchange.

More about the Best Broker ranking