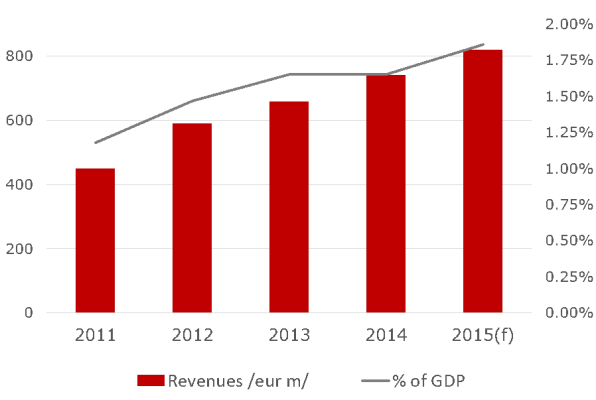 Software industry in Bulgaria continues to be one of the fastest growing sectors: revenues up 12.6% in 2014 and expected 10.5% in 2015, according to data by the Bulgarian Software Association (BASCOM).

Low average wage cost per hour (EUR 36, excl. VAT) continues to be a key driver for industry growth. Average annual revenue per employee is to grow 2% to EUR 87 k for 2015, while average annual wage per employee to grow 1% to EUR 20 k.

Key challenge remains lack of efficient mid-level management and the presence of political risk, according to BASCOM.

The biggest IPO on the Bulgarian Stock Exchange since 2008 took place in September-October 2015 and the largest Bulgarian ICT company – Sirma Group Holding – will have a start of trading in December. The IPO raised BGN 11.5 m with about 400 investors participating. Market capitalization of Sirma Group Holding by IPO price is over BGN 71 m.

In October one of the major companies in the group, EngView Systems, announced expansion in India.

All about Sirma IPO